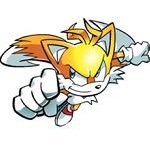 Location:
In a daydream

Artist, acrobat, philanthropist, and oddball, Male, 28, from In a daydream